By Doug Whiteman Jun. 28, 2022
We adhere to strict standards of editorial integrity to help you make decisions with confidence. Please be aware that some (or all) products and services linked in this article are from our sponsors.

The FIRE movement has been generating a lot of heat over the years among financial circles with its central belief that if you take saving money to extremes, you can retire at an age when many people are still getting their careers off the ground.

But there's more to the FIRE movement, and it's become somewhat controversial.

What does FIRE mean?

FIRE is an acronym that stands for "financial independence, retire early." The idea behind it is that if you make the right lifestyle choices, you can save a significant amount of money — enough to retire much younger than the traditional retirement age of 65.

FIRE's true believers say it's possible to retire at 45. Or 35. Or even younger.

J.P. Livingston, who blogs at TheMoneyHabit.org, has made a name for herself with her story of how she was able to retire with $2.25 million — at the age of 28.

More: How much do you need to retire? 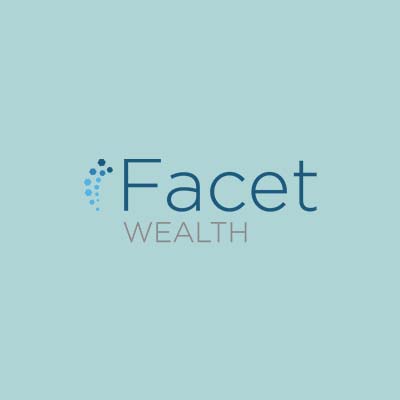 History of the FIRE movement

The FIRE movement traces its roots to Your Money or Your Life, a 1992 book by Vicki Robin and Joe Dominguez that popularized the concept of financial independence: having enough money to pay your bills so you don't have to work.

"You need not be resigned to devoting the majority of your waking hours to making money," says the book's introduction. "The nine-to-five grind may be the societal default, but you can steer your life down different highways — with off-ramps to your true calling and a more pleasing future."

Another writer who gets credit for stoking FIRE is Jacob Lund Fisker, author of the 2010 book Early Retirement Extreme. Fisker says he was able to retire at 33 from his job as a nuclear astrophysicist by saving a ton of money, then learning to get by on just $7,000 a year.

"The real problem is not how much we earn; it's how much we waste, perhaps to demonstrate our supposed wealth, when we spend it," he writes.

How are people saving enough to achieve FIRE?

Though one popular rule says you should save 10% of your income for retirement, Fisker says he set aside 70% of what he earned. The FIRE movement has adopted saving 70% as the ultimate goal.

How do you do that? The FIRE faithful say it's simple: make more money, invest it well, and don't spend any more than you absolutely have to.

You might automate your savings during your work years, so the money is whisked out of your pay before you ever see it. For instance, using an automated investment service like Acorns can help diversify your investments and protect you from market gyrations.

You have to make sacrifices, too, like deciding you'll stop dining out or buying new clothes.

Livingston, the woman who retired at 28, tells CNBC she saved big by using a mind trick to keep expenses down: Before making any major purchase, she'd calculate how many hours she'd have to work to pay it off. And then she'd ask herself, Is it worth it?

More: Ways to boost your income right away

What do critics of the movement say?

The FIRE movement has attracted some doubters, including personal finance icon Suze Orman — who is definitely not a fan.

Orman says if you want to retire way early, you'll need $5 million, $6 million or maybe even $10 million, because you never know what life might throw at you. "You will get burned if you play with FIRE," she said during the interview.

"I believe the act of generating sufficient passive income that you have freedom from mandatory work is life-changing," Pant tells MoneyWise.com.

She adds that she still works — in fact, harder than ever: "The difference is that I know I don't have to punch a clock in order to keep the lights on and the refrigerator full."

Other followers of FIRE say Orman, who's worth a reported $35 million, doesn't seem to get that few people need an excessive amount of money to live on comfortably.

Or that insurance and an emergency fund can protect you from financial disaster. Or that financial independence doesn't necessarily mean complete retirement from all work, as Paula Pant knows.

The FIRE movement isn't for everybody, but it's hard to argue with its underlying principles:

That's a good course of action for leading a wise financial life — regardless of whether you dream of retiring decades earlier than most people.

How to avoid overdraft fees

Not keeping enough money in your bank account can be very costly.