States with no income tax — an oasis for remote workers or just a mirage?

With the rise of remote work, Americans are more motivated than ever to move in search of cheaper living costs.

And a handful of states offer one particularly irresistible draw: no state income tax.

It might be working, as the top three states for movers in U-Haul’s most recent study all have zero income tax. Meanwhile, high-tax states like California and New York are among the biggest losers.

However, even though no income tax seems like a stellar deal at face value, there’s often a catch. Here’s what you should know about each of the income-tax-free states before ordering your own moving truck.

What states have no income tax? 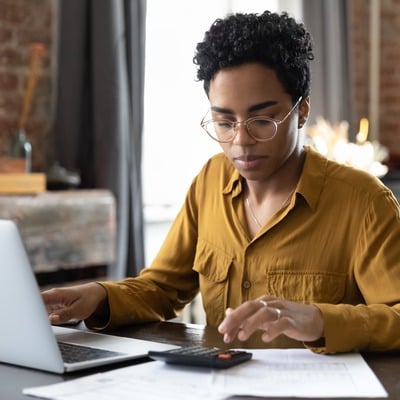 Alaska is a tax-hater’s paradise. Not only do residents enjoy zero state income tax, but they don’t pay state sales tax either.

When you consider state and local states — including excise tax, sales tax, property tax and more — Alaska has the lowest overall tax burden in the country, according to the nonprofit Tax Foundation.

Residents also receive an annual payment from the Alaska Permanent Fund Corporation as a share of the state’s natural resources. This came out to $1,114 per person in 2021.

Don’t get too excited, though. High housing, food, energy and health care costs make it the sixth most unaffordable state to call home, says the Missouri Economic Research and Information Center.

Americans don’t just migrate to Florida for fun in the sun. It boasts the 11th-lowest tax burden in the nation.

Florida is so anti-income-tax that voters amended the state constitution in 1924 to bar the state from enacting one.

The state government recoups much of its lost revenue through a substantial sales tax of 6%. When combined with city, county and local taxes, the total sales tax can be as high as 8%.

That stings for locals, but it also helps Florida squeeze tourists who flock to the state’s many attractions. 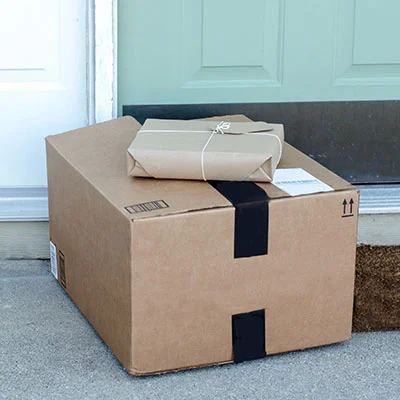 Simply add Capital One Shopping to your browser, and shop like normal. This free tool does the heavylifting for you.

Nevada doesn’t have personal income, corporate income or inheritance taxes, and its property taxes are among the lowest in the country.

How does it make up for its shortfall?

The Silver State is another major tourist destination that drains locals and tourists alike through the seventh-highest state sales tax in the nation and the sixth-highest gasoline tax.

Home to Las Vegas, known as Sin City, Nevada also rakes in a substantial amount of its revenue through “sin taxes” on tobacco, alcohol and gambling.

This one is no surprise. The state with license plates that say "Live Free or Die" is all about small government and low taxes.

It does levy a 5% tax on income from dividends and interest, yet the state plans to phase out this tax as well, reducing rates by one percentage point every year until nixing them completely in 2027.

To make up for it, New Hampshire’s bread and butter is property taxes. Homeowners pay the third-highest rate in the nation, according to the Tax Foundation.

South Dakota, home to the picturesque Mount Rushmore, is famous for more than four pretty faces.

The state hasn’t seen income taxes since 1943. Inheritance and estate taxes are also nonexistent, and overall South Dakotans enjoy the fourth-lowest state and local tax burden in the nation.

As with many other zero-income-tax states, South Dakota pays for essential services with taxes on alcohol, tobacco and fuel. Fairly high property taxes place it in the top half of states.

It also cracked down on online shopping, winning a 2018 Supreme Court decision allowing it to force web retailers to charge sales tax, too.

Tennessee only recently joined the squad of income-tax-free states.

The Volunteer State used to charge a “Hall income tax,” which applied only to investment and interest income. But that tax was completely phased out by Jan. 1, 2021.

Today, it has the third-lowest state and local tax burden in the nation.

Despite eliminating income taxes, it’s easy to see where state government funding comes from. Tennessee residents pay a whopping 7% state sales tax, the second-highest in the country. Then add on an average local sales tax rate of 2.55%.

The state is also known for high sin taxes and leads the nation with a $1.29-per-gallon beer excise tax.

There's no state income tax in Texas, and unless the state’s constitution is amended, there never will be. This includes corporate income tax, personal income tax and even retirement income.

Texas makes up for its lack of income taxes by charging higher-than-average sales and property taxes. Shoppers pay an average of 8.20% for local and state sales tax, and Texas has the sixth-highest property taxes in America.

Overall, however, life in Texas is quite affordable. The Lone Star State has the 15th lowest cost of living in the country, making it the most affordable state with no income taxes.

That’s one good reason why Texas is booming. The state’s population is growing faster than any other, and it was also the No. 1 state on U-haul’s movers’ study.

The Evergreen State does not tax personal or corporate income, but it does levy a 7% tax on the capital gains of high earners.

Or at least, it’s trying to. In March, a county court ruled the capital gains excise tax unconstitutional. The case is going through appeals, so only time will tell how long this tax lasts.

In Washington, the government takes its cut by charging the fourth-highest sales tax, when average local taxes are taken into account.

Gas is heavily taxed at $0.49 per gallon — No. 8 nationwide — but that’s nothing compared to the tax on alcohol. Distilled spirits are taxed at a rate of $35.31 per gallon, far more than any other state. Oregon is a distant second at $21.95 per gallon.

Unlike other states without income taxes, Wyoming doesn’t gouge residents with other taxes to compensate. It has the second-lowest state and local tax burden in the country at 7.5%, bested only by Alaska.

What revenue it needs, it gets from sales taxes. But at just 5.22%, taking average local sales tax into account, it’s still lower than the vast majority of other states. Property taxes are also among the lowest in the nation.

With minimal taxes, a lower-than-average cost of living and solid salaries, Wyoming is one of the best states for keeping your hard-earned money in your pocket.

Mitchell is a freelance contributor to MoneyWise.com.