Will rates keep rising? What about prices? And is refinancing over?

With the pace of vaccinations steadily rising amid hopes that the worst is over for the economy, Americans are eager to return to life as they knew it pre-COVID — or at least embark on their journey toward a new normal.

And if that journey includes buying or selling a house, refinancing a mortgage, returning to the office or moving to the country, the housing market could continue its red-hot run.

Yet there’s still a great deal of uncertainty going into the second quarter of 2021, amid fears of inflation, spiking mortgage rates and soaring home prices.

Here are four trends that will shape the U.S. real estate market this spring.

Few could have predicted that the real estate market would set records due to a pandemic. Well, that and mortgage rates under 3%.

But those too-good-to-be-true rates are quickly fading. They’ve been rising for weeks, and analysts say even higher rates are on the horizon — so borrowers should try to score low rates before they're gone.

The popular 30-year fixed-rate mortgage is expected to average 3.1% this spring, up from 2.9% during the first quarter, according to a forecast from Fannie Mae, a government-sponsored mortgage giant that buys home loans and bundles them into investments.

Forecasters have been predicting an uptick in mortgage rates as the economy improves and more Americans are vaccinated against COVID-19.

“Moving forward, the general uptrend in mortgage rates is expected to continue as economic growth draws investors into stocks and out of bonds," says Danielle Hale, chief economist for Realtor.com.

Home shoppers should use a mortgage calculator to get a clear picture of what they can afford as rates fluctuate. The higher rates go, the more your buying power shrinks.

2. Frustrations will ease for home shoppers

Would-be homebuyers who have felt shut out of the market amid a lack of houses for sale should have a bit more to choose from in the second quarter.

Springtime generally kicks off the busy selling season, and homeowners now may be more inclined to list their properties for sale as more of the population is vaccinated. Owners will see less risk of infected people showing up to tour their houses.

Home sales slipped in February after two positive months, but economist Lawrence Yun with the National Association of Realtors says historically low inventory was to blame.

Some 1.03 million homes were on the market in the U.S. at the end of February — down nearly 30% from a year ago, according to the Realtors.

Rising mortgage rates aren't likely to put much of a damper on homebuying, according to the Fannie Mae forecast. U.S. home sales are still expected to eclipse last year’s performance by 6.2%.

“Because we’ve stayed at home so much in the last 12 months, housing has had the highest intrinsic value in our lifetimes,” said Ted C. Jones, chief economist of Houston-based Stewart Title Guaranty Co.

Prices are soaring amid the low inventory, and million-dollar homes are selling at a rapid clip. The median existing-home sale price spiked to $313,000 last month, 15.8% higher than a year earlier, the National Association of Realtors says.

Yet as mortgage rates rise, buyers will find it harder to make the numbers work on those pricey homes.

“You’ll see a shift,” says Jones. “We’ll go back to where renting will be more favorable than owning a home.” 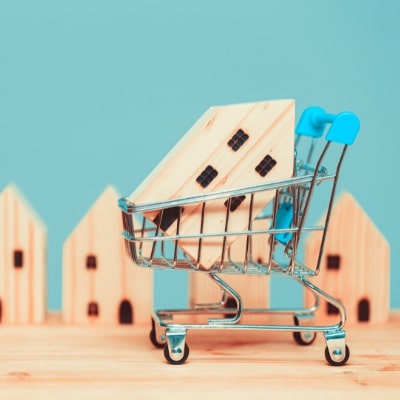 4. Refinancing will still be an option for millions

The uptick in mortgage rates has reduced the number of potential refinance candidates. But an estimated 11.1 million homeowners still have an opportunity to refi, according to mortgage technology and data firm Black Knight.

If you’re one of the many who qualify, a refi could save you an average of $277 per month — though some lucky owners have the potential to reduce their montly payments by as much as $745.

That’s a lot of savings that could go toward paying off debt or diversifying your investment portfolio — maybe even into farmland.

Black Knight defines refinance candidates as 30-year mortgage holders with at least 20% equity in their homes, of 720 or better, and the ability to land attractive mortgage rates at least three-quarters of a percentage point (0.75) lower than what they're currently paying.

If you haven’t checked your credit in a while, it’s very easy these days to get a free peek at your credit score.

It's a lengthy, complicated process, so just keep your eyes on the prize: your new home.

With this simple tool, earning from real estate is easy — and lucrative

Accelerate you savings by turning it into passive income.