The History of Credit Cards

Just how did we wind up with that plastic in our wallets?

By Esther Trattner Nov. 26, 2018
PUBLISHED Nov. 26, 2018
This article was published more than 3 years ago. Some information in it may no longer be current.

Credit cards are ubiquitous today, but not long ago these magical pieces of plastic were literally something right out of science fiction.

Here’s a brief look at where credit cards came from -- and where they might be going.

A term that goes back 130 years

In this visionary book from 1888, the "credit card" distributed to each U.S. citizen is loaded with that person's share of the country's wealth. The people then use their cards to purchase whatever they need.

Simply add Capital One Shopping to your browser, and shop like normal. This free tool does the work for you.

Before cards, there were credit coins

Beginning in the late 19th century and into the 1930s, individual department stores and hotels distributed coins of various shapes and sizes to charge the accounts of regular customers.

The credit coins were stamped with the customer's account number, which would imprint on sales slips next to the amount charged.

This system cut down on errors in handwritten records and sped up the transaction process. Issues with fraud occasionally arose — not much has changed there!

The first predecessor of the credit card became available in 1928. Dubbed the "Charga-Plate," it was issued by large-scale merchants to regular customers.

Some stores chose to keep the cards in-house and retrieve them for use whenever the customer returned to make a purchase. The card's account number was imprinted on a "charge slip" to record the sale.

The airline industry joined the charge card club in 1934 when American Airlines released the Air Travel Card — the first product to hint at the benefits of contemporary credit cards rewards programs.

Passengers could receive up to a 15% discount at as many as 17 participating airlines. 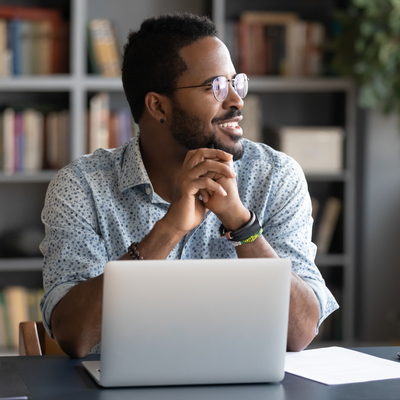 When were credit cards invented?

The 1950s brought the first attempt at a general-purpose credit card: the Diners Club card. It was shortly followed by the Carte Blanche, and in 1958 by American Express, which would go on to create a worldwide credit card network.

The first credit card ever

Also in 1958, Bank of America introduced BankAmericard, the first revolving-credit financial system issued by a third-party bank to be accepted by retailers. After the card was licensed to other banks, it became Visa in 1976.

Before computerization, each purchase required the merchant to call the bank, which then called the credit card company, which then confirmed the cardholder's information and account balance. Seriously?

Today's credit card technology is much more convenient, but it's quickly being overtaken by other, even more efficient digital payment systems, including online banking and apps.

In other words, your smartphone is quickly replacing all that plastic in your wallet.

Credit cards have come a long way since the early 1900s — but the growth of new, universal technologies is threatening to send them the way of the VCR and the dial tone.

Need to build your credit?

With good credit, you can get better rates on insurance, qualify for lower credit card interest rates and higher spending limts, and even score the job of your dreams.

A credit-builder loan from Self is the easiest way to improve your credit score responsibly. Your monthly on-time payments to the lender are reported to one or more of the major credit bureaus, giving your credit the boost it needs.

Build better credit today with Self.

Esther was formerly a freelance contributor to MoneyWise.

There are multiple ways to make sure you are protected from credit card fraud and unexpected expenses.

While the two rates seem similar, one gives a fuller picture of borrowing costs.

How do airline miles work on a credit card?

Want to earn a free trip? Keep in mind that “mile” is a confusing term.