Who Student Loan Debt Impacts the Most

Women of color and others often take on debt that's difficult or impossible to repay.

By MoneyGeek July. 14, 2020
We adhere to strict standards of editorial integrity to help you make decisions with confidence. Please be aware that some (or all) products and services linked in this article are from our sponsors.

In 2019, student loan debt totaled $1.5 trillion. The Institute for College Access and Success reported that the class of 2018 owed an average of $29,200 across the country.

Even more troubling, up to 10% of graduates with student loan debt are in default. This means that borrowers aren’t repaying their loans. Student loan defaults are calculated differently depending on the type of loan serviced:

Several borrowers are more vulnerable to student loan debt than others, and we need to understand how this affects them, especially since a college degree is still considered the key to social and class mobility. Student loan debt forgiveness has gained traction as a way to boost the economy and provide relief for specific groups of borrowers and borrowers in certain occupations. 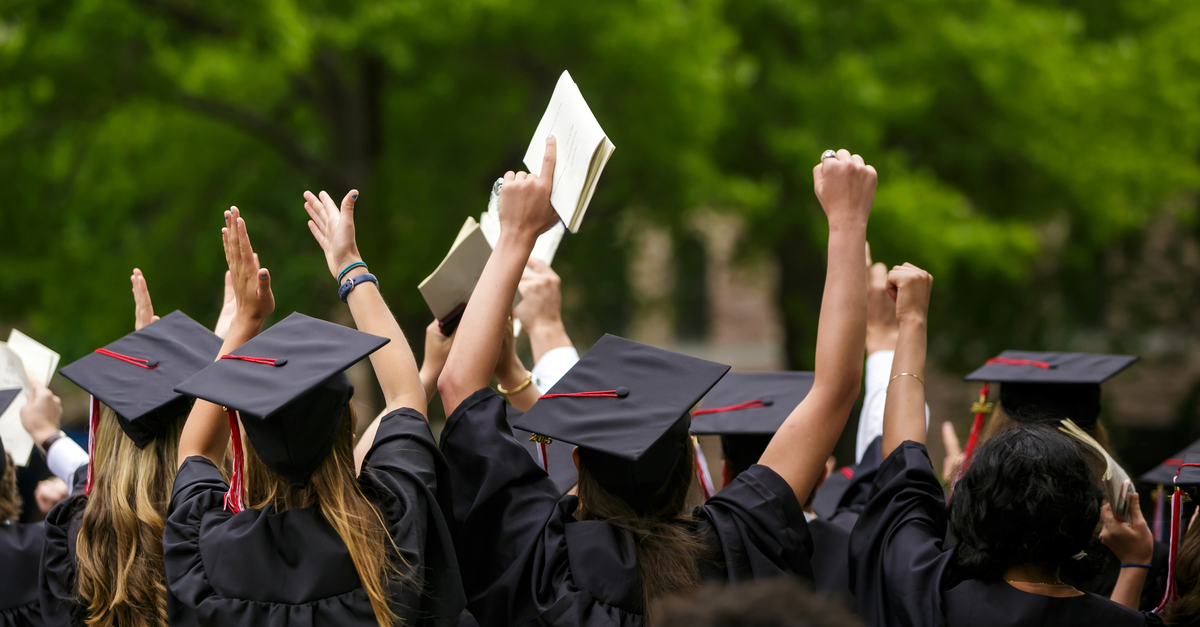 Massive student loan debt is a national problem, but The Institute of College Access and Success reports that graduates from New England tend to have higher student loan debt than borrowers in other regions. Connecticut borrowers owe an average of $38,650.

In addition, up to 76% of 2018 college graduates from New Hampshire had some form of student loan debt. Other states with a large number of graduates with high debt include South Dakota (72%), Minnesota (68%), Mississippi (58%) and South Carolina (58%).

Potential solutions may include educating students about additional options, such as going to community college first and then transferring their credits to a 4-year university of their choice.

Women and people of color 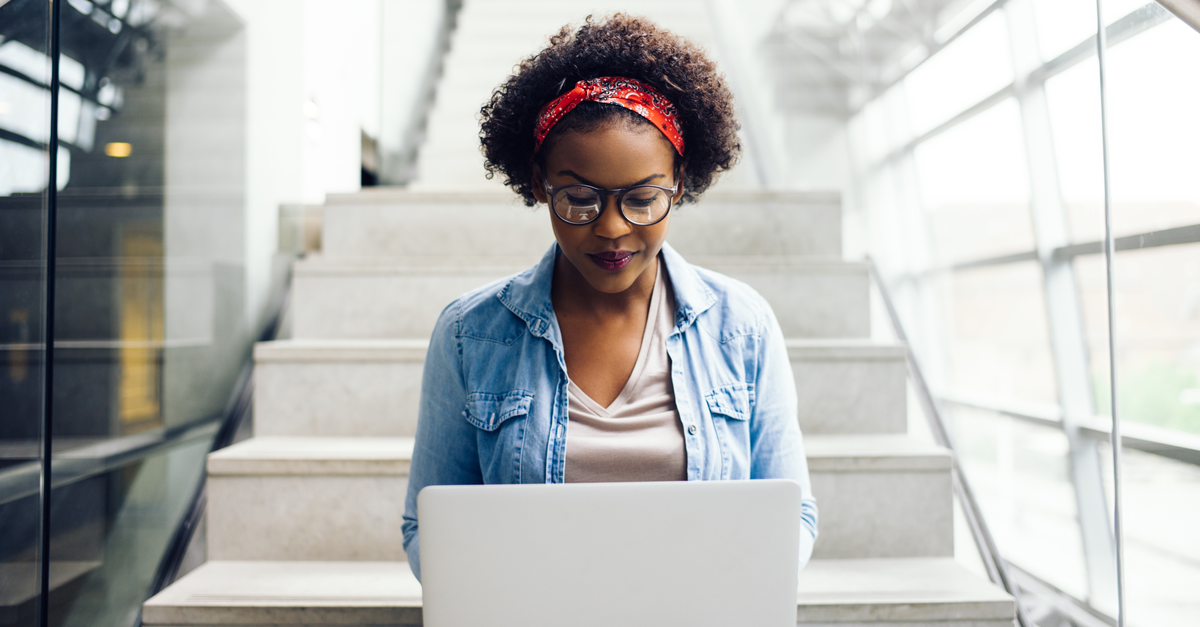 In 2019, AAUW reported that women represent roughly two-thirds of student loan borrowers. Not only do women pursue a college education at higher rates than men, but they also face more difficulty repaying their student loans because of gender-based wage gaps. The National Women’s Law Center mentions that pay gaps are worse for women of color.

Black and Latina women face additional difficulty repaying their loans compared with white women, according to AAUW, and men of color aren’t far behind. Some quick statistics:

Borrowers of color were more likely to say that their student loan bills were higher than living expenses such as monthly grocery bills, rent, mortgage, or health insurance premiums, according to a 2018 survey of student loan borrowers. 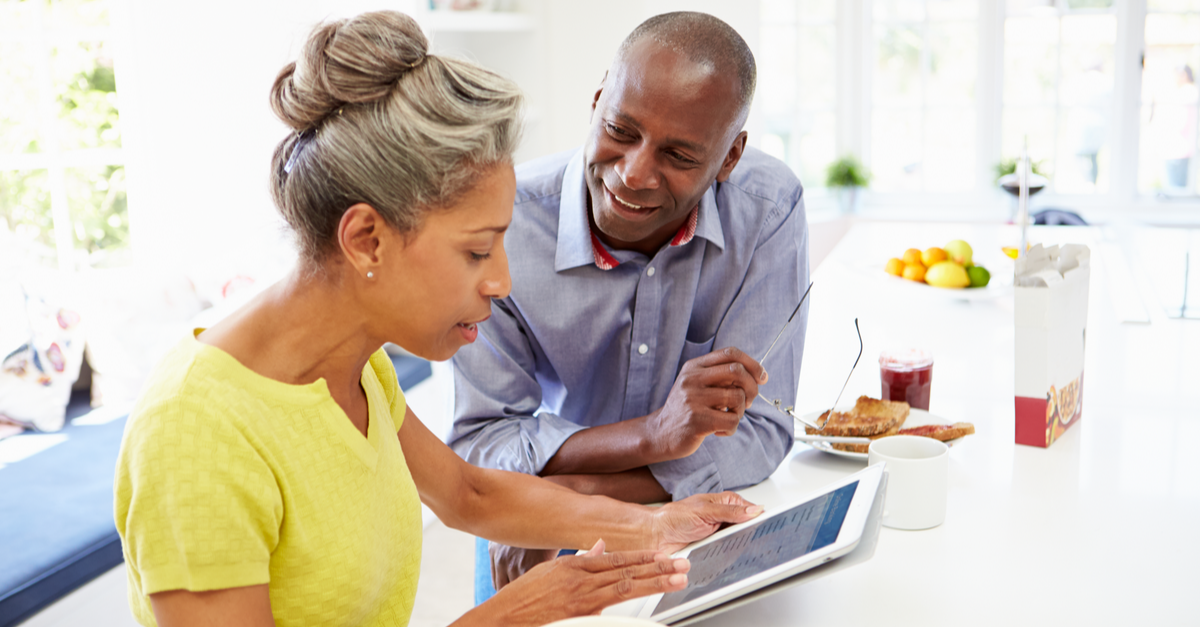 You might think that people over 65 are unaffected by student loan debt, but AARP reports otherwise. Between 2005 to 2015, senior citizen student loan debt went from $12,000 to $23,500. Up to 7 million adults over the age of 50 face student loan debt. In most cases, this was a result of decisions such as:

Senior citizens face the brunt of debt differently. Their debt may be older, and they may have fallen victim to changing laws. In 1996, the U.S. government allowed agencies to “offset” payments. This means that defaulted student loan debt payments are now taken from Social Security checks. As more boomers go into retirement, this may become a more common practice. 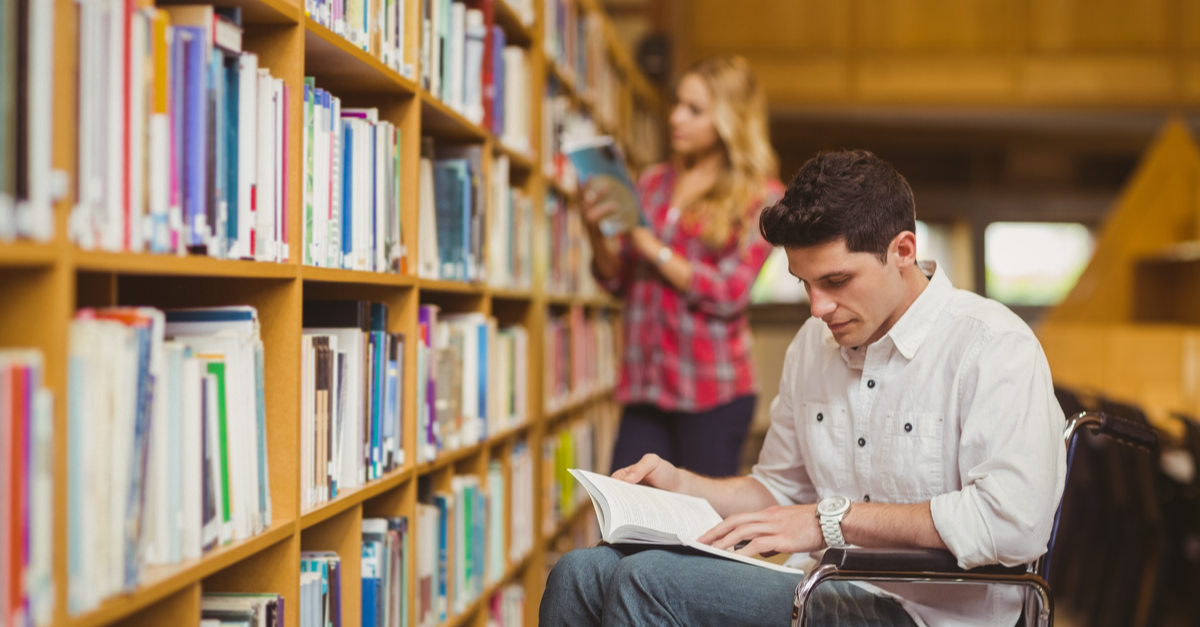 We don’t think of young people as having serious disabilities or chronic health issues, but these can affect anyone at any age. There is little data on the number of borrowers who may have a disability, but the Consumer Financial Protection Bureau (CFPB) explains that there is help available for people who qualify, such as:

NPR explains that available help isn’t easy to come by. Advocacy groups have urged the U.S. Department of Education to remove burdensome paperwork that prevents borrowers with disabilities from obtaining the relief that is currently available to them. 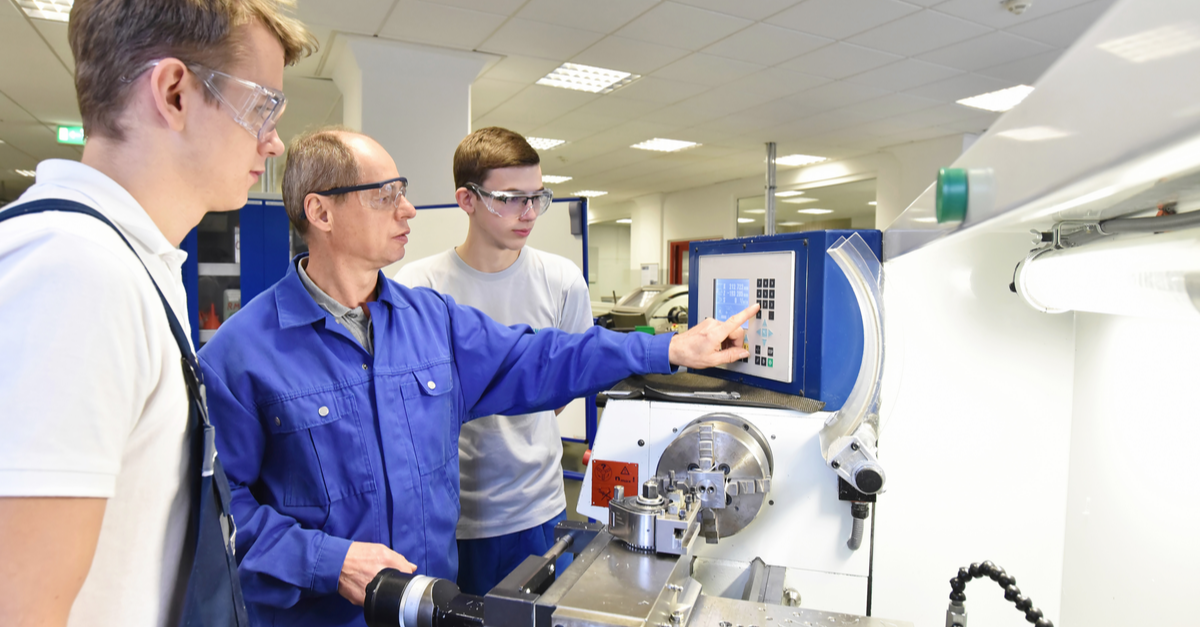 College and universities offer degrees that take four years to complete, but for-profit universities often advertise that their degrees will only take three years to finish. This often attracts people who come from working-class backgrounds. The Chicago Tribune reported that students who come from lower-income homes often receive less college counseling than upper-class peers.

Despite the flexibility for-profit universities say they offer, it is difficult or impossible for students to transfer their credits to an accredited four-year university if they so desire. In addition, students who took out loans to pay for an education at a for-profit university are more likely to have experienced unethical or unfair practices. A 2017 report shows that these institutions aimed to attract veterans, students of color, older students and women.

Students were given a potential way out when the Obama administration authorized student loan debt forgiveness for students who graduated from for-profit universities that engaged in fraudulent practices. The U.S. Department of Education has changed some of these provisions, but graduates of for-profit universities are still able to submit complaints at the state level. 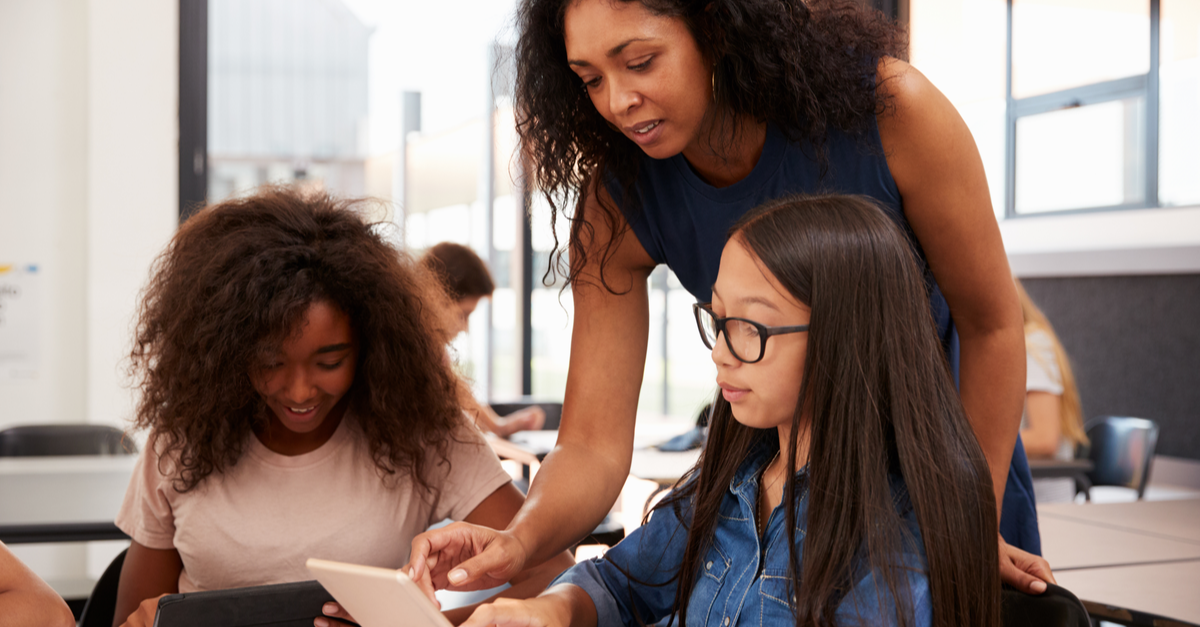 Student loan debt also harms borrowers who want to enter certain occupations, such as teaching. Per the Center for American Progress (CAP), teachers of color leave their jobs at higher rates than white teachers.

As mentioned earlier, borrowers of color already face a larger student loan debt burden. CAP suggested that increasing teacher salaries, offering repayment or loan forgiveness plans and increasing funding for supplies could all improve the retention of teachers of color who borrowed federal loans to obtain the necessary qualifications to do their jobs. The U.S. Department of Education also provides student loan debt forgiveness of up to $17,500 for eligible teachers who meet certain requirements, including, but not limited to: 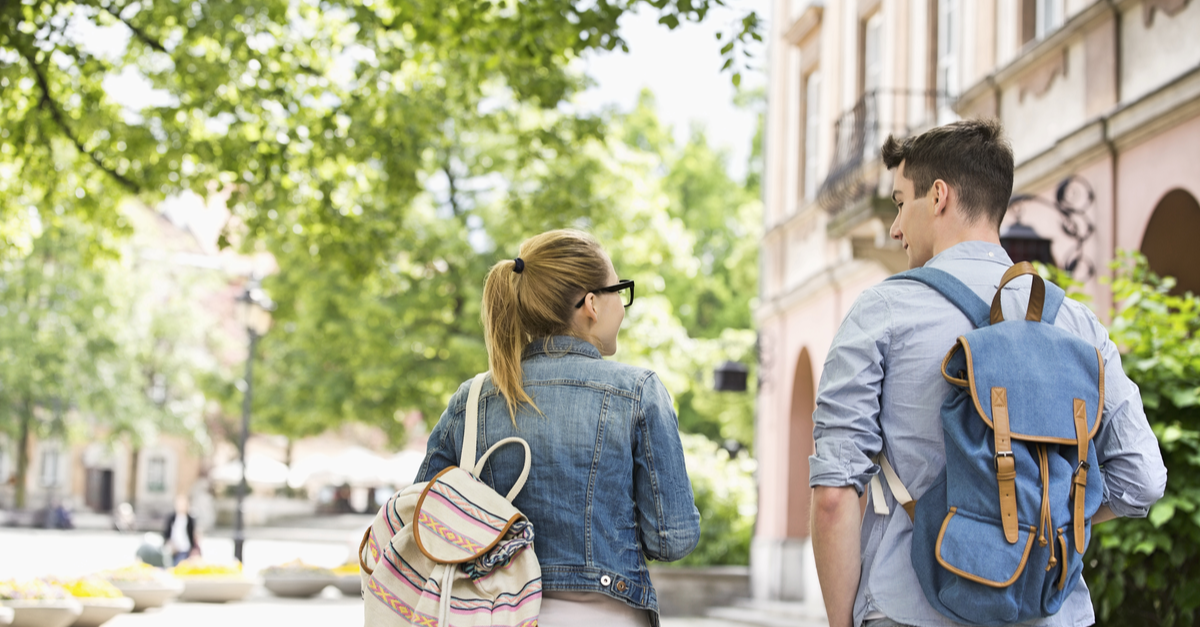 Lawmakers and policy experts should take into consideration that those with a heavy student loan debt burden may need help understanding measures they can take to tackle that burden, such as improving their financial literacy skills. Borrowers may simply need extra help understanding finances when it comes to repaying their loans. Other solutions could include:

The good news is that politicians, financial experts and think tanks have begun paying attention to the student loan debt crisis, especially in light of the financial impact of the COVID-19 pandemic. Political leaders have now begun offering plans, platforms and ideas on how to combat the student loan debt crisis so they can help vulnerable groups, and in turn, boost the overall economy.

Ingrid Cruz is a freelance writer who writes for MoneyGeek.

Finding a favorable interest rate doesn’t have to be complicated.