How long should I keep my old clunker? Here are 3 incredible cars that have reached 1 million miles

Cars with lots of miles on them can be a headache. They tend to require a lot of repairs and maintenance, and are more prone to breakdowns compared to low-mileage cars.

Disclaimer: We adhere to strict standards of editorial integrity to help you make decisions with confidence. All links marked with an asterisk ( * ) are paid links.

But not all cars are created equal. While many cars with 200,000 miles or greater have to live in the junkyard, some can go much, much further.

Here's a look at three specific vehicles that have made it past one million miles.

Americans love pickup trucks. While the Ford F-150, Chevy Silverado and Dodge Ram are the most popular choices, Detroit’s big three aren’t the only manufacturers playing in this category.

Toyota entered the full-size pickup truck market with the Tundra in 1999. While sales of the Tundra have never quite matched the numbers of its American rivals, it is quite a reliable vehicle.

Victor Sheppard from Louisiana used his 2007 Tundra for long distances to transport heavy loads. He put on an average of 125,000 miles per year on the odometer and by 2016, the truck had surpassed one million miles.

The story caught Toyota’s attention. In 2016, the company gave Sheppard a brand-new model in exchange for his old Tundra, which still had its original engine, transmission, and paint job.

Upon inspection, Toyota found that almost everything on the truck was still functioning except for a sun visor detent and the odometer, which reached its six-digit limit at the 999,999-mile mark.

Get the right coverage for all your vehicles and pay less. Compare quotes in minutes with Pretected.

Many believe that the Honda Accord is one of the best family sedans on the market. And the car deserves that reputation — it can run for a long time.

Just ask Maine resident Joe LoCicero, who bought a 1990 Accord when it was six years old and had 74,000 miles. LoCicero took really good care of his car: he changed the oil every 5,000 miles and never let the fuel tank get too close to empty.

His Accord reached the one million-mile mark in 2011.

To be sure, LoCicero did have to replace the car’s fuel pump, cooling fans, and radiator over the years.

Honda gifted LoCicero a brand-new 2012 Accord for the milestone.

Read more: 10 best investing apps for 'once-in-a-generation' opportunities (even if you're a beginner)

Many classic cars live in either heated garages or museums. But Guy Newmark from San Pedro, California was not afraid to put miles on his 1964 Porsche 356C.

To be sure, when Newmark’s dad gave him the 356C when he graduated from the University of California at Berkeley in the 1960s, the car was yet to reach classic status. Over the years, Newmark used the 356C for his yacht broker business. He drove it to show boats all over California and sometimes traveled long distances to get signatures on contracts.

Newmark said that his 356C did break down once but “it was easily fixed.” He has also repainted the car and rebuilt the engine twice.

Newmark’s 356C even got stolen once. But he quickly had “Porsche fans all over California looking for it” and a woman called to tell him that there was a blue Porsche parked in front of her house. It was indeed his car.

“I paid her a nice reward,” Newmark said.

Is now the time to buy a car? 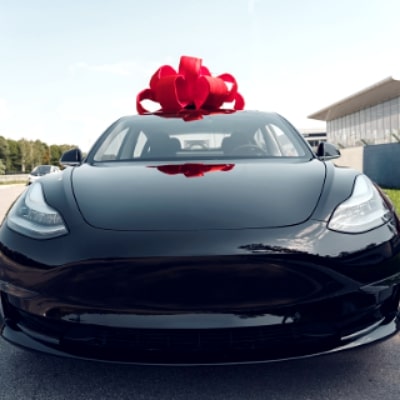 No matter what your credit score is, you deserve the best car loan. Compare offers for free with Auto Loan Zoom.

At the end of the day, these stories made headlines because they are rare and not the norm.

The reality is, higher mileage cars generally cost more to repair and maintain than lower mileage ones. The fact that they tend to become money pits is a big reason why many of them end up in the junkyard.

And even if you get a brand-new vehicle, the ownership experience is not free — you need to factor in at least depreciation, gas, and insurance.

So if you want to save money on long-term car ownership, consider getting a model that holds its value well, is fuel efficient and cheap to insure. In fact, even if you don’t plan on getting a new vehicle, you can still save up to $500 a year simply by comparing car insurance.

What to read next

Compare car insurance and save up to $500 a year

If you haven't compared car insurance recently, you're probably paying too much for your policy. Getting quotes from multiple insurers used to be time-consuming, but today's technology makes it easy.

Using a free site like Pretected is easy and could help you save up to $500 a year on car insurance. In mintues, their "smart matching" system will provide tailor-made quotes from insurers that can meet all of your coverage needs - and your budget.

Stay protected on the road and find more affordable car insurance in minutes with Pretected.

This is a TikTok challenge you don’t want to get behind.

Use a personal loan to break up with your debt

Debt freedom could be just a loan away.

Violent swings in mortgage rates may be coming to an end, analysts say, with rates below 6% possible by the summer.

Is it time to pull the plug?